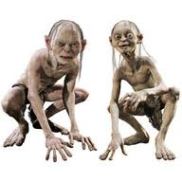 It’s been a long time since I’ve posted.  Not because there’s nothing going on in my life but just the opposite.  I’ve been feeling at odds with so much around me and inside myself lately that I’ve found it difficult to write at all.  That’s not a good place for me to be, especially as I’m working on my second book and working with a character who tends to be a bit prickly. Fortunately I found an outlet, thanks to Anne McAuley, a freelance writer and dear friend.  On a bit of lark, we started a blog about life from the dog’s point of view.  I know it sounds silly but that simple little change in perspective and taking a break from staring into the chaos of life seems to have knocked something loose in me, unblocked something.  I don’t get how that happened but quite frankly, I’m just happy it did.

Most of my writing the past six months has been short posts on Facebook, mostly silly stuff that happens with the kids or my take on articles that I’ve read. It’s funny how often I’ve found myself in the middle of religious and political debates.  It’s scary how often those two become one and the same.

As my long time readers know, I was diagnosed with rheumatoid arthritis nearly two years ago.  I have insurance through the state Medicaid program.  Because I have a chronic illness, insurance carriers consider me a ‘lifetime decline’, which is exactly what it sounds like – I couldn’t get private insurance even if I had the means to pay for it. Between my own situation and the many similar cases that I’ve dealt with while working for an insurance agent, I’ve been watching the health care reform laws closely.  I’ll spare you my political and religious take on the whole scenario.

The scary thing I’m seeing is the vehemence in people when the topic comes up.  The same goes for immigration or taxes or the war on terror or any of the other hot button issues.  Some days on Facebook, it reads like every issue is a hot button issue. Labels are thrown about and fingers are pointed. Everybody has the answer and nobody does.

Remember Tolkien’s epic Lord of the Rings? I am reminded of Smeagol.  Poor, hapless Smeagol was a good, kind creature, one of the peaceful River Folk.  Until the day when he, quite by chance, came across the Ring while fishing with a companion.  Suddenly he was consumed with a need to possess the Ring.  A need so great that he would kill.  Soon he was no longer Smeagol but became Gollum.  An outcast, wretched, hateful, spiteful Gollum would do anything to keep his precious Ring safe.  When it was in his possession, he would stop at nothing to keep it.  When it was out of his hands, he would stop at nothing to get it back.

Which one are you?  Smeagol or Gollum?  I hate to tell you this, but you’re probably both.  We all want to be good and peaceful, but there’s always that one thing that we simply must possess.  Security in one form or another is the perennial favorite.  But what happens when we clutch our Rings so tightly that it takes away from another?  Remember Smeagol was so isolated by his need to possess the Ring that he eventually forgot his own name. Frodo reminded him of who he was, who he had been before the Ring came into his possession.

So in the interest of bringing some kind of harmony into this chaos, I remind you of who you are.  You are a child of God.  You are known, loved and cared for far beyond anything that the world can offer you.  Your so-called security, whether you have it already or are hunting desperately for it, is merely an illusion. It can be gone in an instant.  I hope you find yourself talking to yourself in the mirror tonight, arguing with your needy darker side. After all, what’s ours is ours. We’ve found it and fought for it. No one can or should be able to take it away. To hell with anyone else.  But maybe we should share it.  It’s the good thing to do.  Yes!  No! Stop it!

May your kind and peaceful Smeagol side win out over that frightened, clutching, desparate Gollum side.  And if you find yourself debating whether I am just one of those ‘filthy, tricksy hobbitses’, then I’ve done my job.  I got you to think.  Hell, I got myself to think.

By the way, Smeagol lost the battle with Gollum.  In the end his need was simply to great.  First it drove him mad, then it destroyed him.  But it also destroyed that to which he clung to so tightly.  And yet somehow in the end, good triumphed anyway. So take hope, all is not lost no matter how dark the hour.