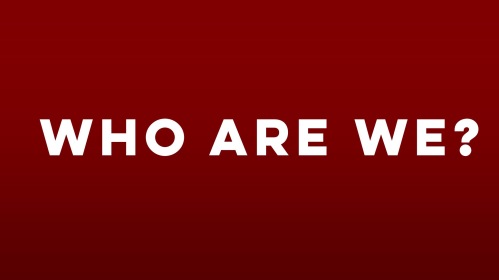 As a student, I am deeply disappointed, dismayed, and angered by the decision to permit Donald Trump to use the Pitt Center at Sacred Heart for a political rally. While I understand this was technically not a University sponsored event or an endorsement, the public association between the Trump campaign and Sacred Heart University has now been made and cannot be undone. Inviting or permitting figures to appear on campus who may be controversial in order to promote lively discussion and debate is indeed a noble endeavor and one which challenges those of us in the University community to examine our individual beliefs and continue to form our individual consciences. But at the same time, every speaker, every event held on campus is a statement about our collective University conscience. It reveals a part of who we are as a community.

We have dorms on this campus named after Pope John XXIII and Pope Francis. Pope John XXIII opened the Second Vatican Council with high hopes of promoting Christian unity, fostering ecumenism, and deepening the respect for the dignity of the human person. Pope Francis has called us to embrace, welcome, and protect the poor, the marginalized, the refugees, the immigrants and the disabled. These are great men who by their words and example showed us how to be people of deep compassion, people who build Christian unity, who uphold human dignity and who foster understanding amongst all religions. This speaks to core beliefs that Sacred Heart University was founded upon.

Mr. Trump, by contrast, would ban an entire segment of our student body from even entering this country based solely on their Islamic religion, which is not only practiced by my fellow students, faculty and staff, but studied in our classrooms. To permit Mr. Trump to hold a rally on campus is a slap in the face of Islamic students and faculty advisors who have worked so very hard to promote interreligious dialogue and build understanding on this campus.

And what about our Latino and Hispanic population? Or those with disabilities? Or any of the other groups Mr. Trump has deemed worthy of his seemingly endless contempt? Mr. Trump’s outrageous statements are not isolated incidents of sarcasm or political missteps. He has, since the start of his campaign, been quite plain about who he is and what he stands for. He is more than controversial, he is divisive even within his own political party. He has shown himself to be unwilling or unable to take part in healthy, respectful dialogue and, as such, he has shown himself to be the anti-thesis of core values of this community.

Ultimately whether people choose to vote for him or not based on their individual beliefs about what would be best for this nation is immaterial when it comes to the University. We are not responsible for each individual’s conscience. We should be responsible, must be responsible, for defining who we are and what we stand for as a University community. Is our Catholic identity a deeply held conviction or a convenient slogan? Is Catholic social justice our calling and our mission or merely a marketing ploy? Is our prized Catholic Intellectual Tradition a tradition we hold sacred or a just good branding?

As Christians and Catholics we are called by Christ to be ‘in the world but not of the world.’ This decision and the lackluster explanation of it are most decidedly an example of being ‘of the world.’ The leadership of Sacred Heart University needs to do some serious soul searching and decide what matters most to this community. Are we willing to sell out all that we proclaim to be for an event fee? And if we are, do we really deserve to be called a Catholic institution?