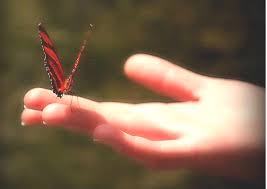 Today’s gospel is one that I have hated for years. I realize how horrible it sounds to say that about sacred scripture but, God knows, it’s the honest truth.

Most people hear Jesus say, “O woman, great is your faith! Let it be done for you as you wish.” Ask them what this gospel passage is about and they’ll tell you Jesus saved her daughter from the demon. Yay! Go Jesus! Or they’ll tell you about the faith of the mother. Yay! Go Mom! Be persistent in your faith!

They don’t hear, or they deeply discount, the lines prior to it in which Jesus compares a woman, desperate for His help, to a dog. I’ve heard a lot of explanations for that. The two leading favorites are that He was trying to show those who with Him their own prejudices and/or that He was testing the mother’s faith.

A woman like me has learned the hard way that a man who will call you a dog, humiliate you in front of his friends, and essentially make you beg for what you need is not a man who loves you, nor is he to be trusted.

A woman like me. That’s a perfectly awful term to use. Like I’m a freak of nature or an alien creature. I am a domestic abuse survivor. I was brutalized by a man who stood at the altar and swore to love, honor and protect me. And then did the exact opposite.

The textbooks will tell you that repeated trauma rewires the brain, causing victims to be hyper-aware and hyper-vigilant. In plain English, a woman like me sees and hears everyday things differently and I do it all the time because my brain is on constant alert for threats to my safety. I’m keenly aware of the distance, body language, facial expressions, tone of voice, choice of words, and any and all movements of those around me. So, yeah, when Jesus starts sounding like my ex-husband, I have a problem with it. A big, big problem with it. Trusting a guy who calls a woman a dog is the exact opposite of what my brain wants to do. Because I’ve been down that road and it gets damn ugly. But…

But long, long before I got married, I was schooled in the twin arts of sarcasm and gallows humor. One of the important lessons I learned early on is that not everyone will get the joke. As the saying goes, in that huge overlap between the things I find funny and the things that should not be joked about lie the reasons I’m going to hell. But there are those people with whom I have a good relationship, with whom that I know the banter back and forth is not insulting or harmful and with whom I can be pretty sarcastic. No harm. No foul.

My favorite client routinely answers the question ‘How are you?’ with a deadpan ‘Meh, I’m still this side of the grass, if that’s what you want to know.’ It goes without saying that we both know I really want to know if he’s doing okay and we both know he’s not seriously implying that I’m just checking to see that he’s not dead yet. There is an assumed level of safe relationship there.

What if the back and forth between Jesus and the Canaanite mother wasn’t as harsh as I hear it? What if there was an assumed level of safe relationship there also? Perhaps, instead of hearing this in abusive tones, I can learn to hear it in the sarcastic tones of safe relationship, one where both sides understand what goes without saying.

For a woman like me, that is a tough, but necessary, leap of faith. Because if I keep hearing this in abusive tones, I’m stuck trying to balance a Jesus I can’t trust with the Jesus I do and that will never, ever balance.