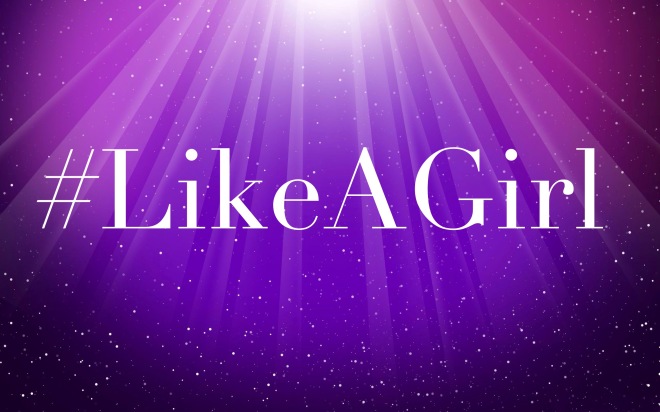 Like most people, I tuned into the Super Bowl last night.  My team wasn’t in it and neither were any of my secondary favorites so I was in it for the commercials and half-time show and hoped the game wouldn’t be a boring blowout win.  I was reading and posting up-to-the minute reactions to what I saw on the television screen on both Twitter and Facebook. There was a pretty obvious marketing shift this year from past years.  Gone were the overly sexy commercials with nearly naked women selling everything from sneakers to websites to beer. Mercifully missing were the Viagra and Cialis ads, although Fiat’s nod to the ‘little blue pill’ was quite clever. In their place were ads featuring emotional, tear-jerker themes: McDonald’s ‘Call Your Mom’, Dove’s ‘Daddy’, Nissan’s ‘Cat in the Cradle’,  and of course, Budweiser’s ‘Lost Puppy’.  But then came Liam Neeson, then Pierce Brosnan and every woman I know (myself included) swooned.  The NFL’s anti-domestic violence ad and the Always ‘Like a Girl’ ad were definitively meant to raise women up. Katy Perry is the first female act in a long time who managed to be reasonably clothed as were her backup dancers.  Their 50’s style bikinis covered more than the typical NFL cheerleader’s uniform.  Okay, wait a minute here – did the NFL finally get the message that women actually watch and enjoy football?

It’s okay – there was some balance.  Tough guys with their trucks were present as always.  The Cure.com ads featured some short puerile jokes about balls which my teenage boys found absolutely hilarious and I have to admit I couldn’t help but snicker. And Victoria’s Secret was there to remind us that half-starved underwear models still reign supreme.  And the trailer for Fifty Shades of Grey – well – that could’ve waited until post-game thank you very much.  My twelve-year old son really doesn’t need to know about Christian Grey’s ‘playroom’.

The one that captured the heart of Twitter last night was ‘Like a Girl’.  I have over 300 followers on Twitter and about seventy percent of those are ordained clergy and religious of various denominations.  Within minutes the Protestant Twitterverse lit up with posts like: I preach like a girl.  I lead a church like a girl.  I study the theology of Barth and Kierkegaard like a girl. And what was especially awesome to see was the ordained men who posted: “To women clergy: you don’t just lead ‘like a girl’ but ‘like a woman’ and that is equally wonderful.”

Why so quiet? The Catholic Church is supposedly in need of the feminine genius and Pope Francis and other church leaders are calling for women leaders to serve in a variety of key leadership roles in the Church. But I have to wonder, is that real or is it merely showmanship?  Because for every bishop and cardinal who openly supports an increased role for women, there is a Fr. Illo who bans girls from serving on the altar because that is a priestly function and somehow altar girls take that away from the boys who would serve. Ordaining women is still non-negotiable and any real, meaningful power in the Church remains firmly in the hands of men and women are beholden to the whims of those men.

But there are those who make the argument that men and women are meant to be complementary, to serve in different roles. Okay, so in a good, healthy marriage, tasks aren’t divided by outdated stereotypical gender roles but by personal strengths and weaknesses.  I have a brother who does all the ironing, because he’s better at a straight crease than his wife.  Is he less manly? Hardly. I have a sister-in-law who rebuilds cars. Is she less feminine?  Not at all. For generations now, we’ve had men serve in the priestly role that requires not only the leadership skills generally associated with maleness, but also kindness, gentleness, tenderness, deep compassion and nurturing traits which are associated with femaleness. So it raises the question, if a man can embrace his total self, made in God’s image, which is neither male nor female but both, then why can’t a woman?

So what? There are Catholic women who are happy with the way things are now. Why do we need women priests anyway?  Simply put, there is a serious lack of perspective when only one voice is being heard.  Remember Archie Bunker? From that ‘time when girls were girls and men were men‘?  Whatever he said went. Period. And Edith always went along with him, even when he was being an idiot, because she loved him. But just because she loved him, it didn’t make him right. If the Catholic Church continues along this path of all-male perspective all the time in a world where women have learned to embrace all of their strengths, including those formerly reserved only for men, they run the risk of becoming the Archie Bunker of Christianity. And for a force as large and powerful as the Catholic Church, that would be a very sad state of affairs.

As for me, I cried the first time I heard a woman pray the consecration. Some part of me that I had locked away long ago came to life again. To see a woman on the altar and to hear a woman preach breathed new life into my soul. Not because the men I heard all these years were wrong to preach like men but because she is also right to preach like a woman.